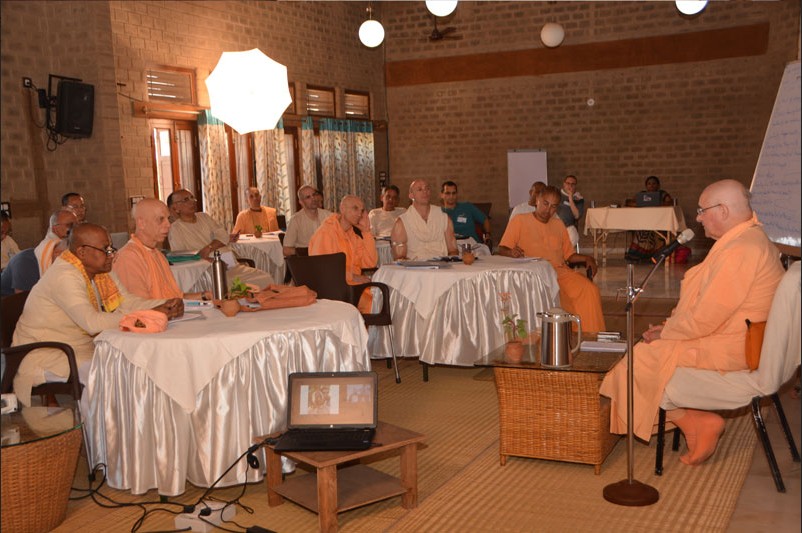 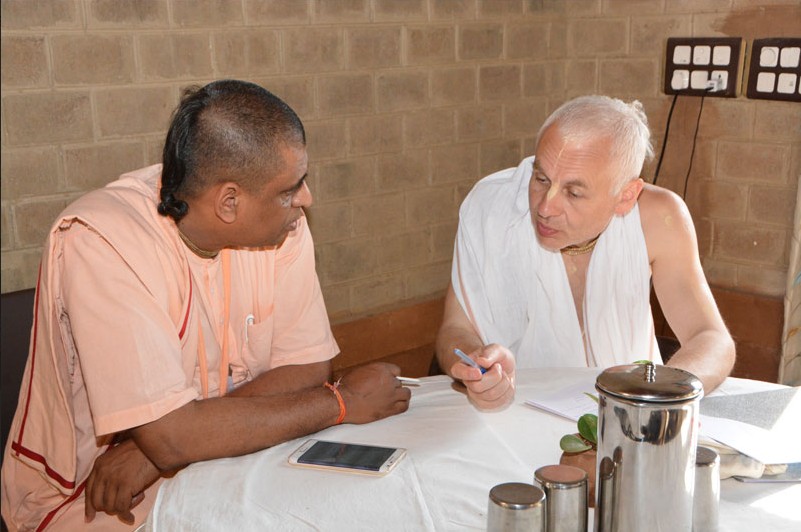 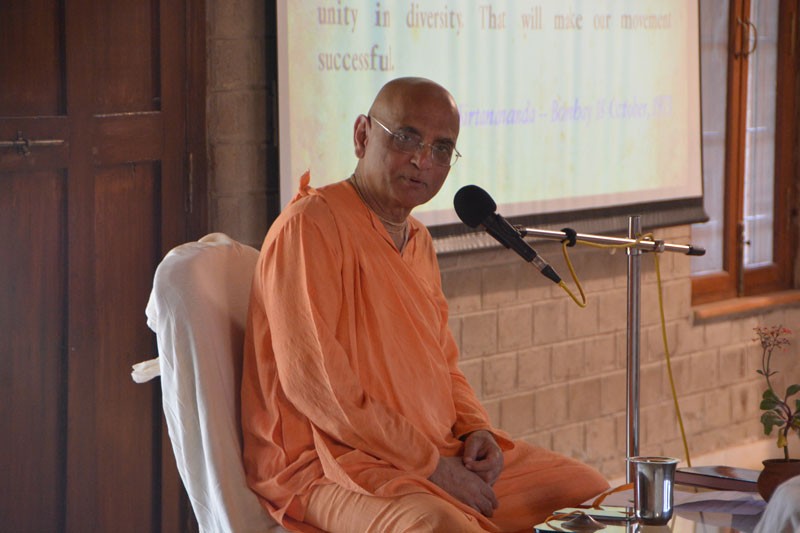 Just to clarify: The GBC College for Leadership Development isn’t specifically or exclusively designed to groom future GBCs. The intention of the GBC is to assist in creating better leaders; devotees who can deeply imbibe Srila Prabhupada’s mood and instructions and who can give shelter to devotees and help them feel happy in Krishna consciousness.

The present course is focused on preparing future Zonal Supervisors, who will help the GBC Zonal Secretaries to oversee their zones. On the other hand, the caliber of the present participants is such that the likelihood for some of them to become GBCs is very high.

Back to the day: Giriraj Swami gave the Srimad-Bhagavatam lecture
(4.16.4), focusing on the delicate balance between the need for a leader to sometimes point out shortcomings and defects in the performance of those he guides, and the importance to closely analyze his motivations for doing that, avoiding envy, false ego, pride and other contaminated drives.

Maharaja enriched his speech with anecdotes illustrating his own experience of being corrected by Srila Prabhupada. He also explained how those incidents of chastisement were, ultimately, opportunities for jubilation and great growth.

After breakfast Giriraj Maharaja asked the participants what areas they wanted to explore and then weaved those subjects into a narration of direct observations of how Srila Prabhupada interacted with various individuals in a variety of ways; from advising a budding businessman to instructing his disciples on how to deal with politicians; from reacting to demoniac opposition to empowering his followers to accomplish herculean tasks for which they didn’t feel prepared.

A realization that arose is that right now on the planet there are only very few disciples of Srila Prabhupada – we can count them on the fingers of one hand – who served Srila Prabhupada in positions of leadership and were personally trained by him, and who remained exemplary throughout the years.

It has been a blessing that such leaders have agreed to get involved in this educational project; the participants certainly did appreciate the opportunity to associate with them for hours on end.

Another session that was thoroughly appreciated was the afternoon presentation by His Holiness Bhakti Charu Maharaja. Within the topic of “Being a Srila Prabhupadanuga,” Maharaja launched into a comprehensive historical, philosophically and esoteric description of who really is Srila Prabhupada, of how his appearance and accomplishments fit into the context of Lord Caitanya’s descent and mission. Maharaja explained Srila Prabhupada fulfilled the desire of Srila Bhaktisiddhanta Sarasvati Thakura to have a collective management of the institution, and how the vaidhi and raganuga approaches naturally harmonize within Gaudiya Vaisnavism.

The participants appeared thrilled to be able to ask open, frank and profound questions to such qualified professors; the speakers also appeared inspired to be able to share such lofty principles and intimate details with such a qualified audience.